Over 10 years we helping companies reach their financial and branding goals. Onum is a values-driven SEO agency dedicated.

How to generate leads on LinkedIn safely: Here’s how to prospect without getting banned

Sales prospecting on LinkedIn is like sifting through the sea of professional, B2B marketers and businesses and uncovering the deal prospects that can convert into potential customers with just a little effort. As the competition is increasing, the prospecting process has also changed. B2B marketers and other professionals are also using new technologies such as automation tools to find leads, engage with them to strike deals. A decade back, people were afraid of integrating automation in any business process. However, today, more than 90% of companies are using automation tools to generate leads. On contrary, some people still believe that using LinkedIn automation tools is spammy ad it can put your account at risk.

When it comes to LinkedIn automation and outreach campaigns, safety is the first and foremost concern. Why people complain about spamming,  is because they use chrome-based extensions that do not take safety limits into accounts.

When you use such tools and send 100+ people the same templated message and get no response, LinkedIn becomes suspicious and it might restrict or block your account.

Why Chrome-based extension are unsafe to use?

There are a number of Chrome-based extensions present in the market. The problem with such tools is that don’t take LinkedIn safety limits into account. They send connect requests to every single prospect that come into the way. This is not the right approach.

Some of the common reason why LinkedIn becomes suspicious of your account is that:

If you got scared of using LinkedIn automation and think it’s spammy, don’t be! Uninstall unsafe chrome extensions and update to cloud-based automation.

On contrary, the chrome-based extensions only run when your browser is on and you have to be there all the time to monitor your campaigns.

LinkedIn has certain standards and spots easily when someone uses chrome extensions to find and generate leads. LinkedIn can easily recognize non-human activities and most of the chrome extensions do not take factors into account. Their actions are quite robotic which is why LinkedIn detects and blocks them easily.

Here is a fact: LinkedIn has standard limits. Though the platform hasn’t mentioned any certain limit, however, but according to experiments, as long as you connect requests are under 250, you’re good to go.

However, when you try to exceed that limit, that too at once, LinkedIn will detect your irregular activity, because sending thousands of connect requests and hundreds of templated messages at 3 A.M. is not like humans, it’s quite robotic.

Advanced cloud-based automation tools have been designed keeping in mind the inbuilt safety limits. The tools start with 25 connect requests and gradually increase the number and in an organic manner to mimic human behavior.

When you send hundreds of connect requests per day, not all of them will e accepted. Eventually, the number will increase, and the pending requests will keep piling.

A high number of rejected connect requests will highlight you as a spammer and might put your account in danger. So, it’s better to keep deleting pending requests from time to time.

Though LinkedIn hasn’t mentioned any limits, it’s better to have less than 1000 pending requests.

Advanced cloud-based automation tools come with a ‘pending invite’ feature that keeps removing pending invites from time to time automatically. This way, you can run campaigns and generate leads worry-free!

The LinkedIn algorithm is very smart. It also monitors which time your account was active. Since LinkedIn is a professional platform, it’s unlikely that people would be working and expanding its network at 3 A.M.

Moreover, chrome-based extension keeps sending connection requests even on holiday which is unlikely. On the other hand, the best cloud-based automation tools have features that let users schedule their campaigns. The campaigns will run on scheduled day and schedule time and will stop running on other days. What more could you ask for!

Cloud-based automation tools are very rewarding when used with a careful and disciplined approach. The purpose of automation tools is to make things easier for humans and that’s what cloud based Linkedin automation has been designed for. These tools come with advanced features and provide dedicated IPs which makes lead generation a 100% safe process.

Though there are a number of cloud-based automation tools out there, LinkedCamp stands out among all due to its incredibly advanced and useful features. 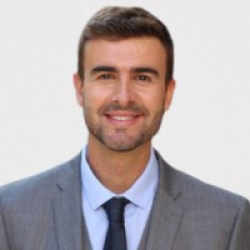 I’m a content marketer and researcher at LinkedCamp with 4 years of experience in the SaaS and automation universe. When I’m not writing, then you can find me traveling, watching Netflix, shopping, and spending time with my dog.

SaaS Affiliate Marketing: How to Use it for Business Growth

Affiliate marketing is a process that involves individuals (affiliates) who promote a...

White Labeling: Importance, Benefits and How Does It Work

Back then, people use to spend a lot of time and money on the...